Mr Lord Mayor, would you deport the Beatles too?

August 1960. The Beatles land in Hamburg, Germany. They don’t have work or residence permits. They enter the country pretending to be students. And that’s how the boys from Liverpool began their music career, playing at the Indra and other venues in St. Pauli at night and dodging the police until 1962, when George Harrison and Paul McCartney were finally arrested and deported. Fortunately, by this time many people had already seen them live, and a big audience had become hooked on their music for good. I hate to even think about what we would have missed out on if they’d nabbed them earlier.

August 2013. A group of sub-Saharan citizens land in Hamburg after travelling from Lampedusa (Italy). There are about three hundred of them and they don’t have work or residence permits. They had gone to Lampedusa fleeing the war in Libya and they managed to get into Germany thanks to a tourist visa and a one-way plane ticket issued by the Italian government (yep, that was the Letta government’s ungenerous way of washing its hands of the problem).  As soon as they arrived, Hamburg City Council began trying to deport them to their countries of origin. They’ve tried everything (including smear campaigns), but the refugees resisted, first in a self-organised camp and then in a church in the neighbourhood of St.  Pauli, the place the Beatles lived and played.

Two days ago, Enmedio landed in Hamburg too. We took our TAF! Photographic Action Workshop there to work towards helping the sub-Saharan refugees to continue to resist deportation attempts. The night before our arrival, the police had carried out several raids around the church were they are living, trying to identify as many of them as possible and fast-track the deportation process. The City Council’s new strategy appears to go something like this: first identify them, then divide them up according to the income they’ve generated, and begin the deportations starting with those who are ‘contributing least to the city’s economy’ (sic). Against this backdrop we decided to work on a photographic campaign that gives the refugees an identity that’s hard to capture. A name like John, Paul, George or Ringo, that can represent all of them and none of them at the same time.

Apparently, the City Council smear campaigns are having the desired effect among a broad section of the population; recent surveys show that 25% are still in favour of deporting the refugees. This photographic campaign is targeted at all of them, so we announced it like this:

“We arrived here by boat. At first people looked at us strangely because we looked different. They thought we were criminals; parents worried about their kids. We were broke. We were also homeless, we slept wherever we could. But luckily we weren’t alone. There were always people who believed in us. We are John, Paul, George and Ringo. In Hamburg we began our international career, a new life. Lord Mayor Scholz, would you have deported the Beatles too?”

You can probably guess were the posters went up: on the streets of St. Pauli, near the venue where the Beatles used to play, very close to the church where the refugees are living, on Große Freiheit (Greart Liberty), the street with the most appropriate name we could find. 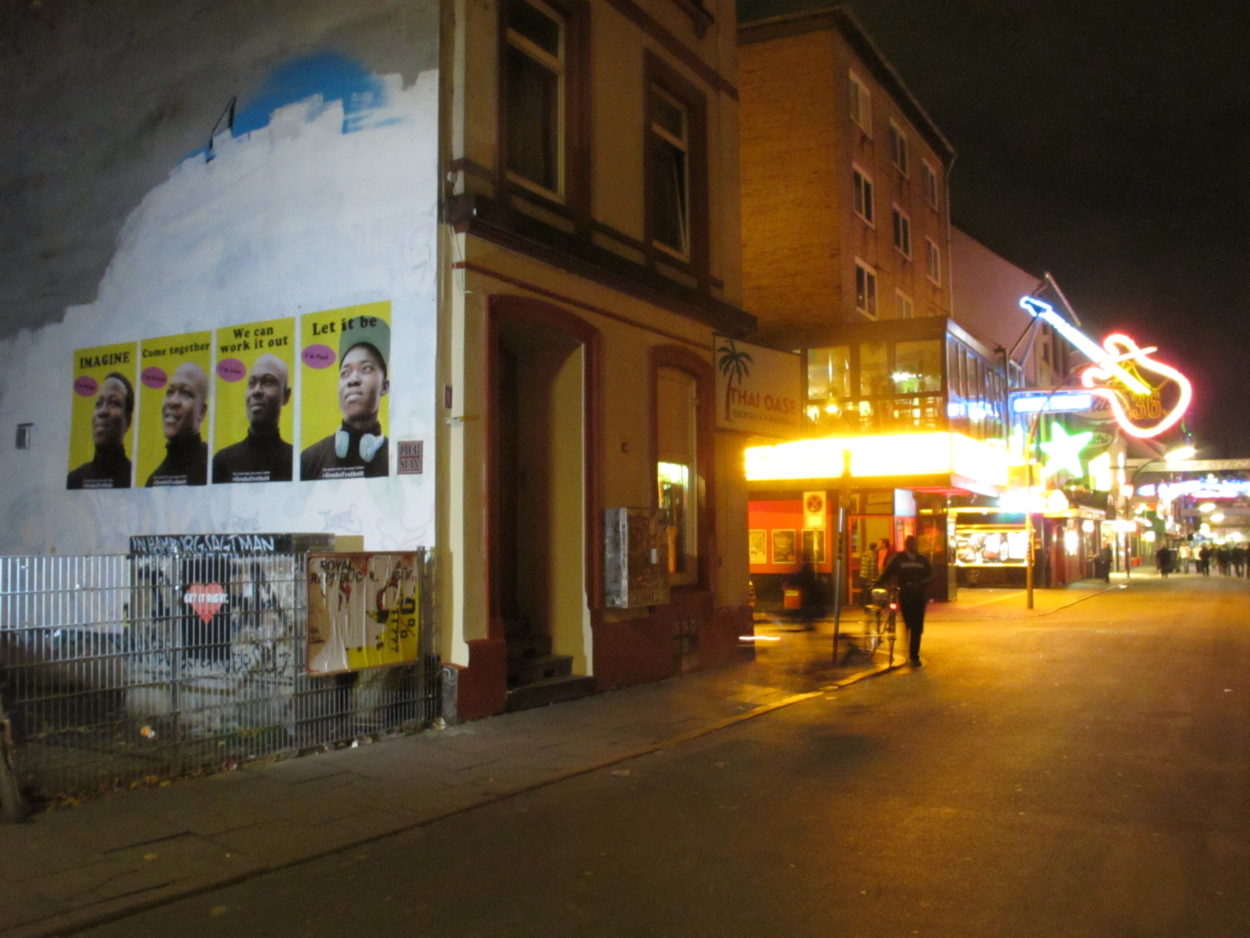 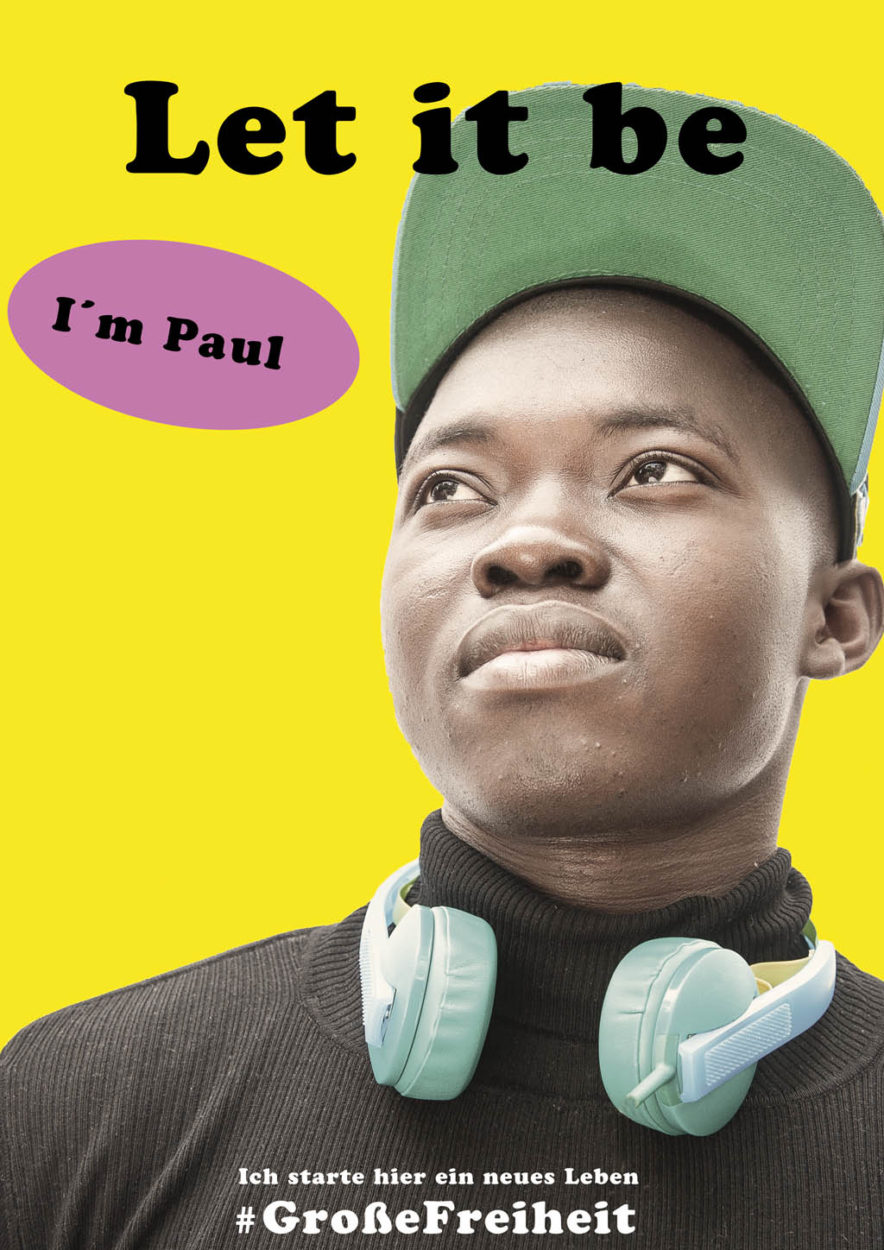 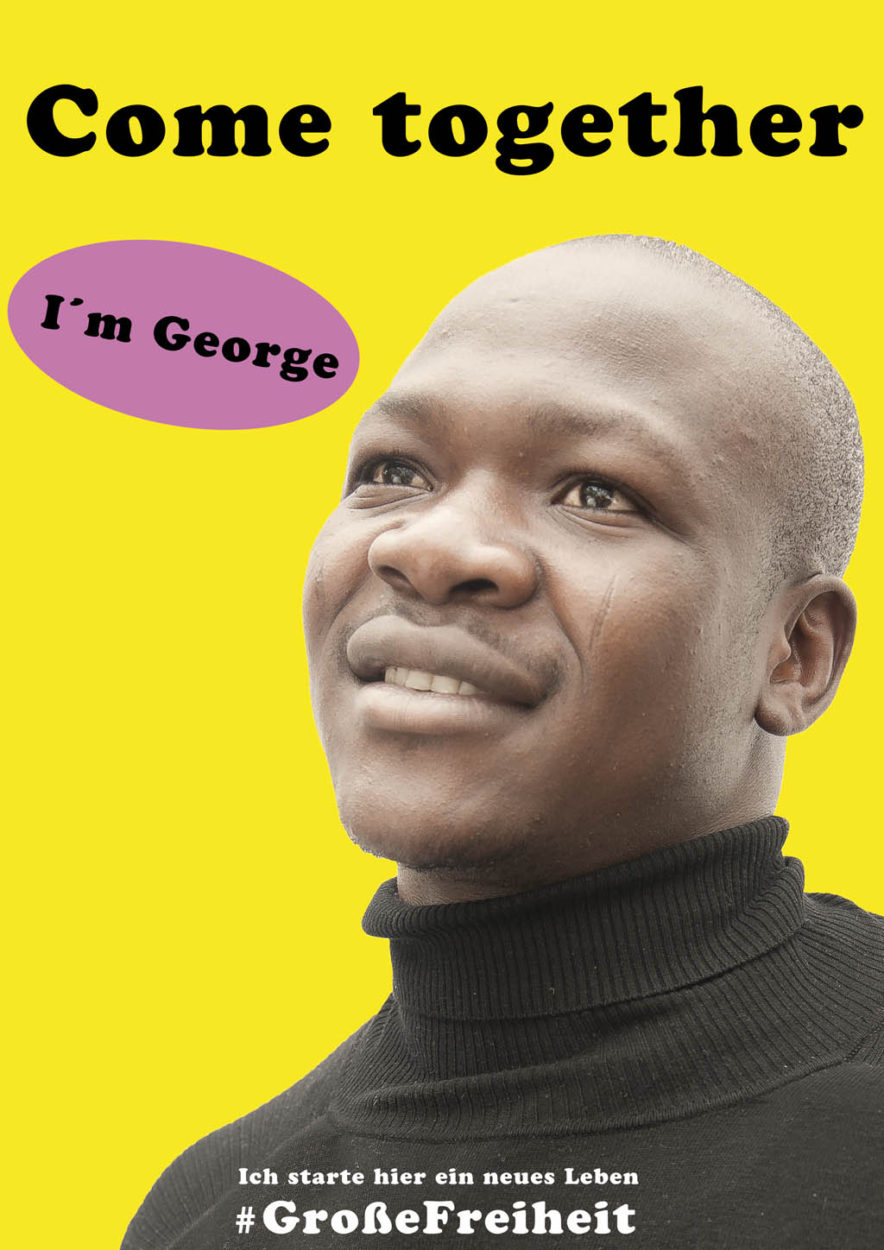 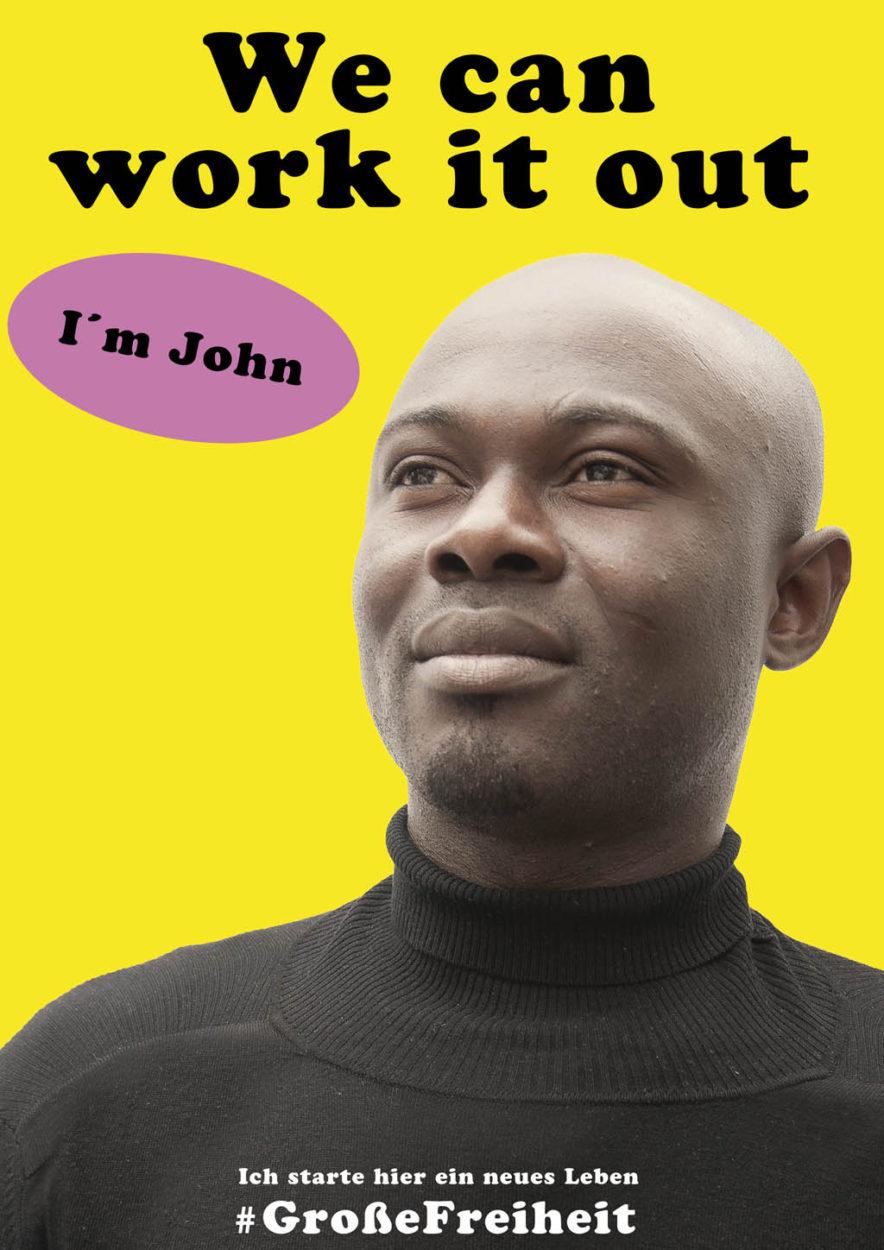 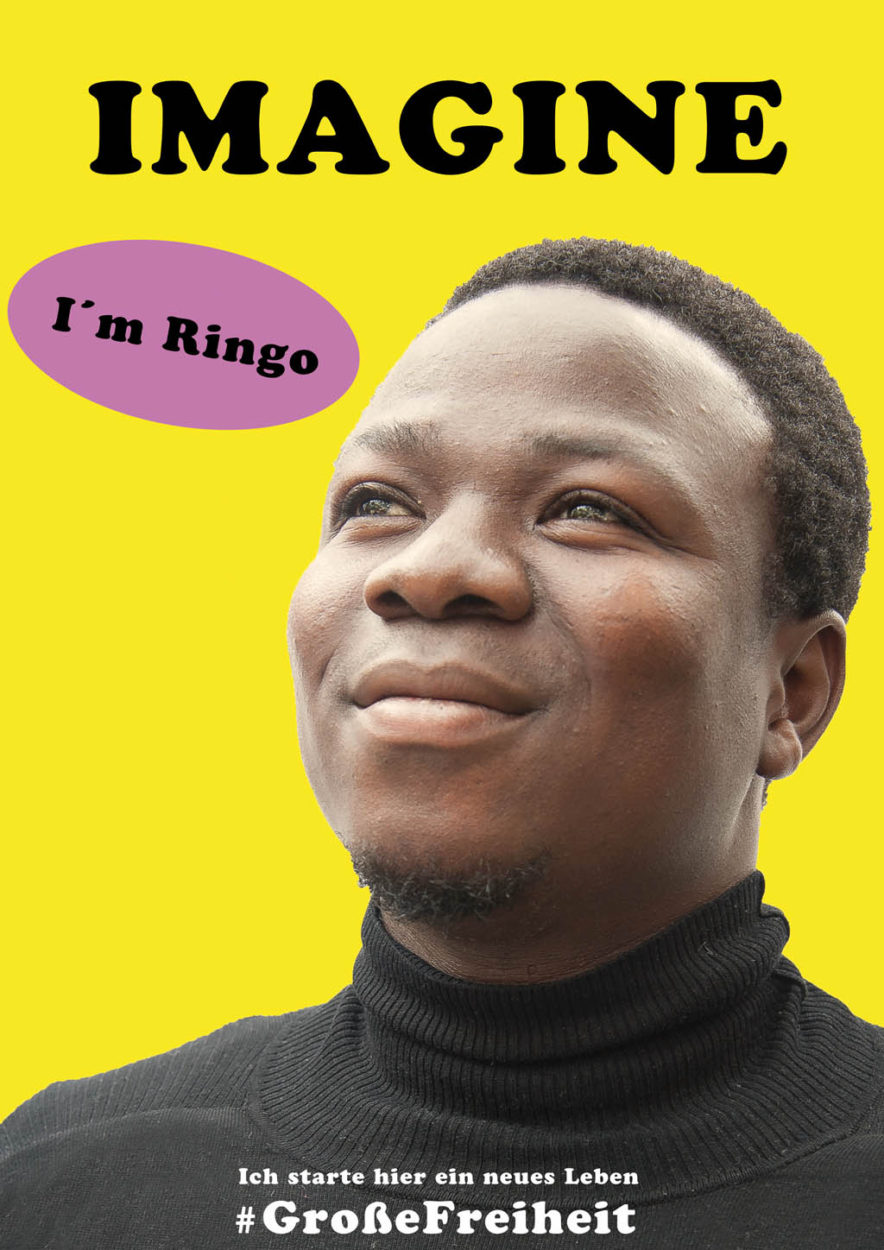 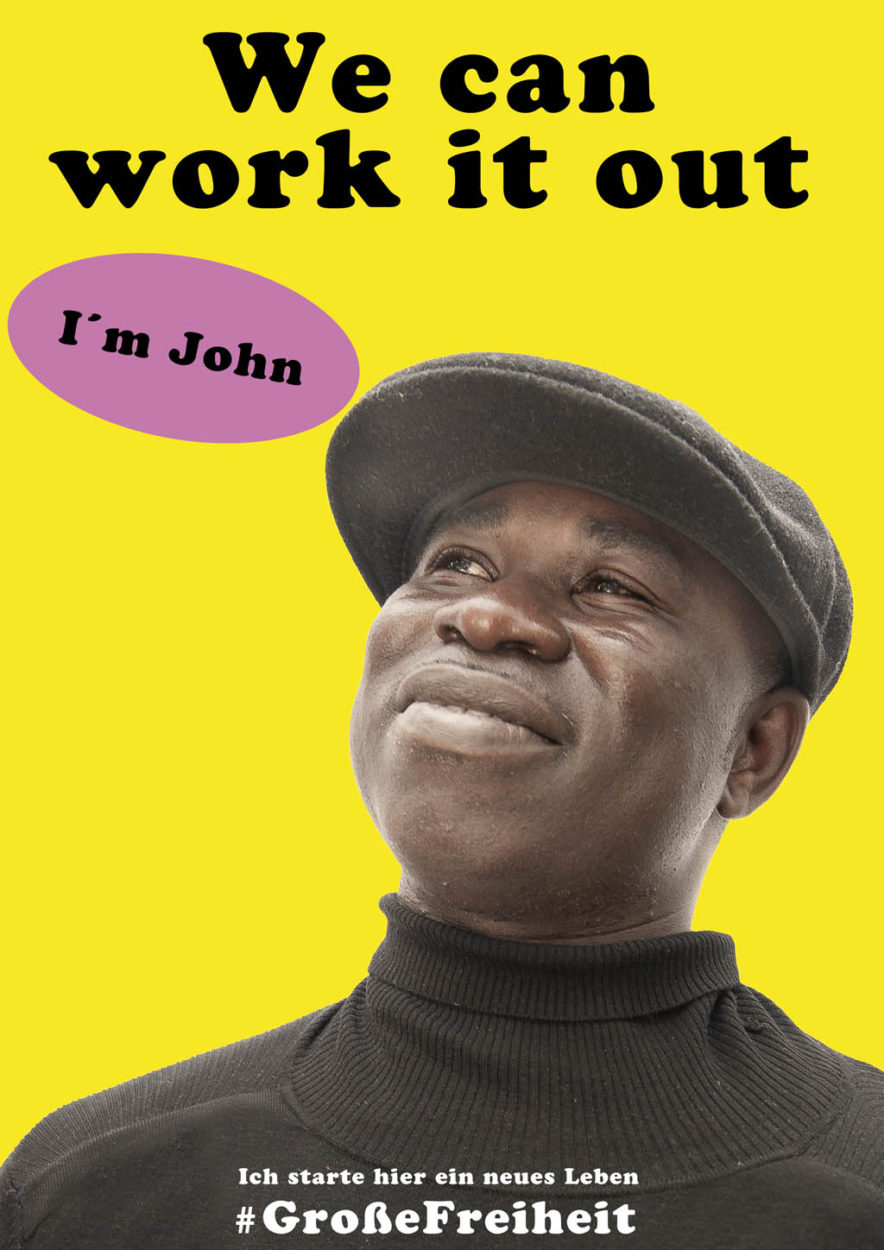